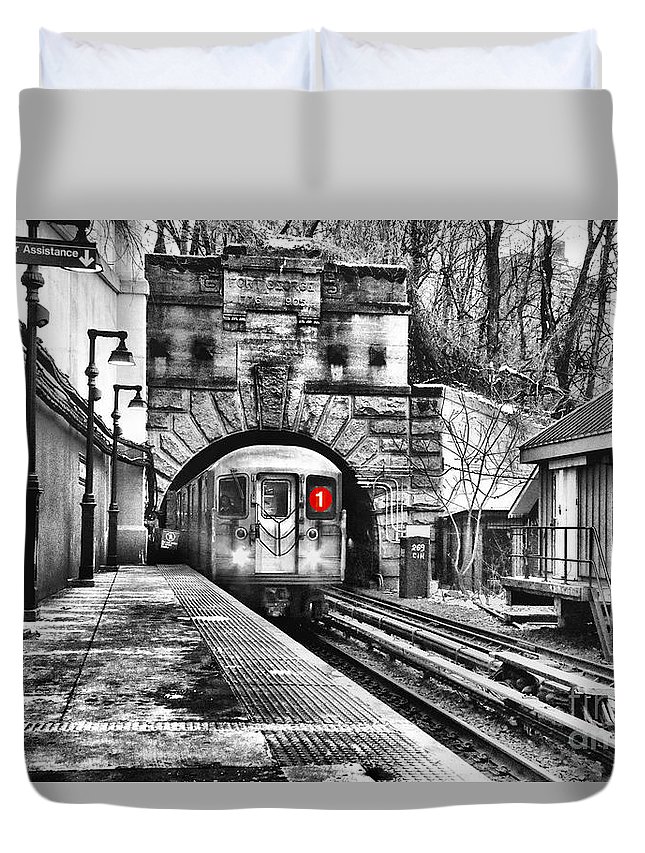 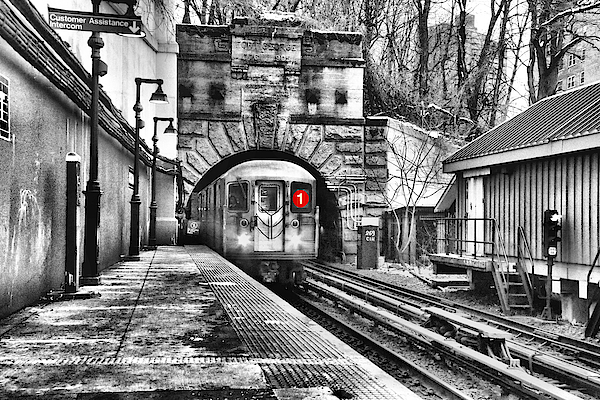 Queen duvet cover (88" x 88") featuring the image "1Scape No.2" by Steve Ember. Our soft microfiber duvet covers are hand sewn and include a hidden zipper for easy washing and assembly. Your selected image is printed on the top surface with a soft white surface underneath. All duvet covers are machine washable with cold water and a mild detergent.

Late on a December afternoon, an uptown 1 Local train, bound for Van Cortlandt Park-242 Street emerges from its tunnel under Fort George into Dyckman... more

Late on a December afternoon, an uptown 1 Local train, bound for Van Cortlandt Park-242 Street emerges from its tunnel under Fort George into Dyckman Street station, from which it will operate above ground to its destination in the Bronx.The interesting rocky topography in this part of upper Manhattan accounts for this line running “underground,” yet emerging on an elevated structure, high above the neighborhood streets.©2018 Steve Ember