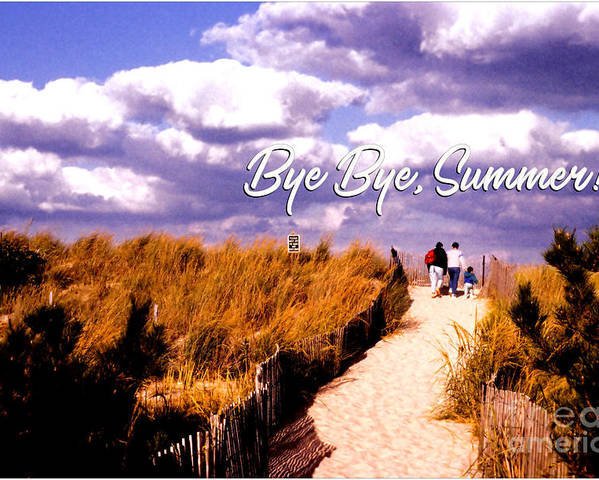 Bye Bye, Summer poster by Steve Ember.   Our posters are produced on acid-free papers using archival inks to guarantee that they last a lifetime without fading or loss of color. All posters include a 1" white border around the image to allow for future framing and matting, if desired.

Well, officially, there's another few weeks to the season, but for many in the U.S. it ends with the long Labor Day Weekend...often at the... more

Well, officially, there's another few weeks to the season, but for many in the U.S. it ends with the long Labor Day Weekend...often at the beach. I've always had a fondness for this shot, taken along the sand dunes at Cape Henlopen State Park along Delaware's Atlantic Coast, as this family seeks to enjoy one last sun-soaked spree at the shore on a golden September afternoon, before bidding summer a fond farewell. From a color transparency. ©Steve Ember