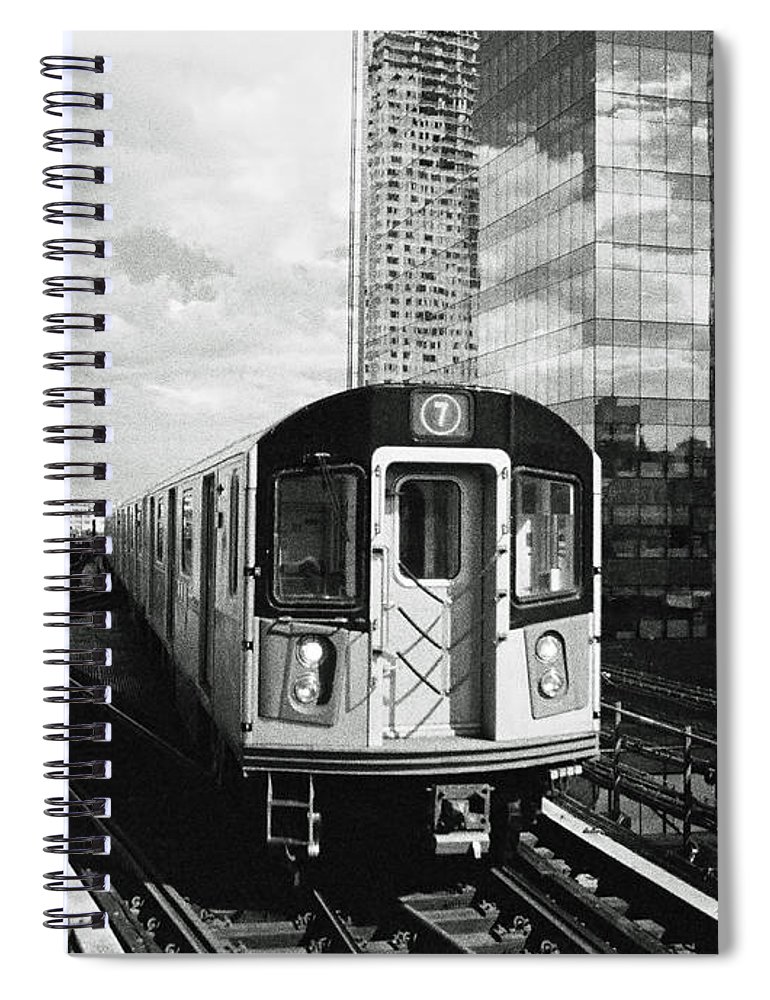 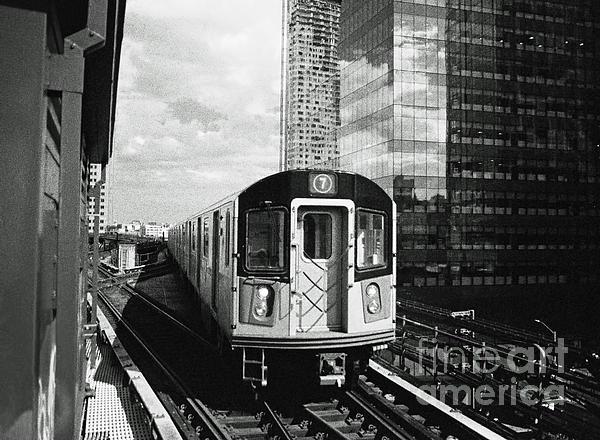 A Flushing-bound 7 Train of the New York City Subway system departs Queensboro Plaza Station on a summer afternoon. The two-level elevated station in Long Island City, Queens serves trains of both the IRT Flushing No.7 Line and the BMT Astoria Line N and W Trains. The upper level pictured here serves outbound Flushing and Astoria trains, while the lower level serves Manhattan- and Brooklyn-bound trains on both lines. From a film image. ©2019 Steve Ember