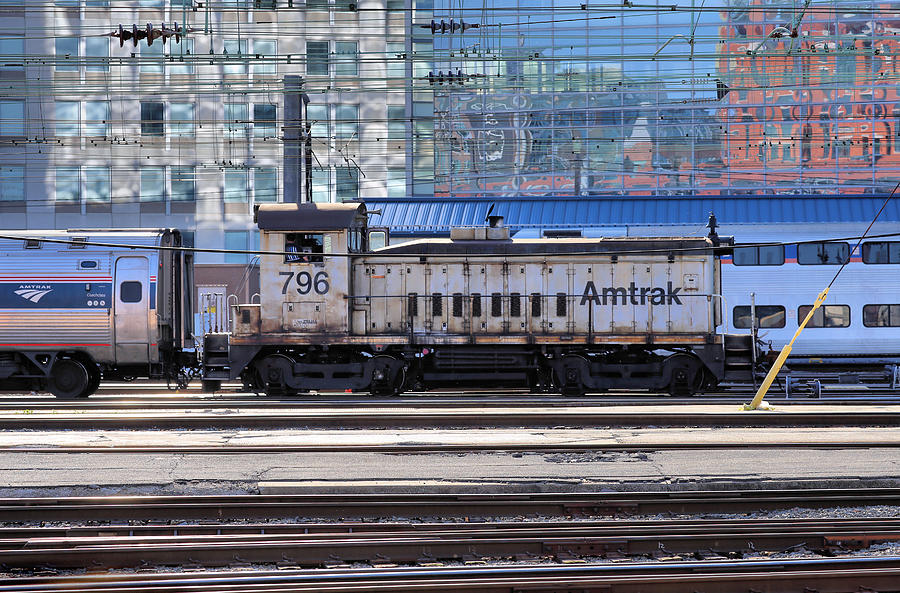 'Goat' Getting It Done Amidst the Glamour

'Goat' Getting It Done Amidst the Glamour

For all the sleek lines of a high-speed Amtrak Northeast Regional train, there has to be some un-glamorous staging, and that's what Switcher No. 796 is attending to on this late afternoon as it backs a cut of freshly cleaned Amfleet stock from the Ivy City Coachyard up to a platform at Washington's Union Station.

Once that task is completed, the "goat" will uncouple and head off for its next "behind the scenes" yet critical role, and the "star" of the show, an Amtrak Siemens ACS-64 "Sprinter" electric locomotive will back up to the train.

Couplers will lock; air and head-end electrical power connections will be made and tested, and another Amtrak Northeast Regional will depart the station, bound for New York or Boston, its passengers (with the possible exception
of railfans) unaware of all the un-glam proceedings that have made their trip possible, as the train smoothly glides away from the platform for its sprint up the Northeast Corridor.

Just beyond the Amtrak equipment can be seen a bi-level commuter train consist of the MARC Penn Line and, in the tele-compressed perspective, some of the modern buildings of Washington's NoMa district reflect architecture on the opposite side of the wide expanse of station trackage in Northeast Washington, D.C.

About the title...
I'm not sure I know the reason, but one of the nicknames (at least in the U.S.) for switch engines or shunter locomotives is "goat."