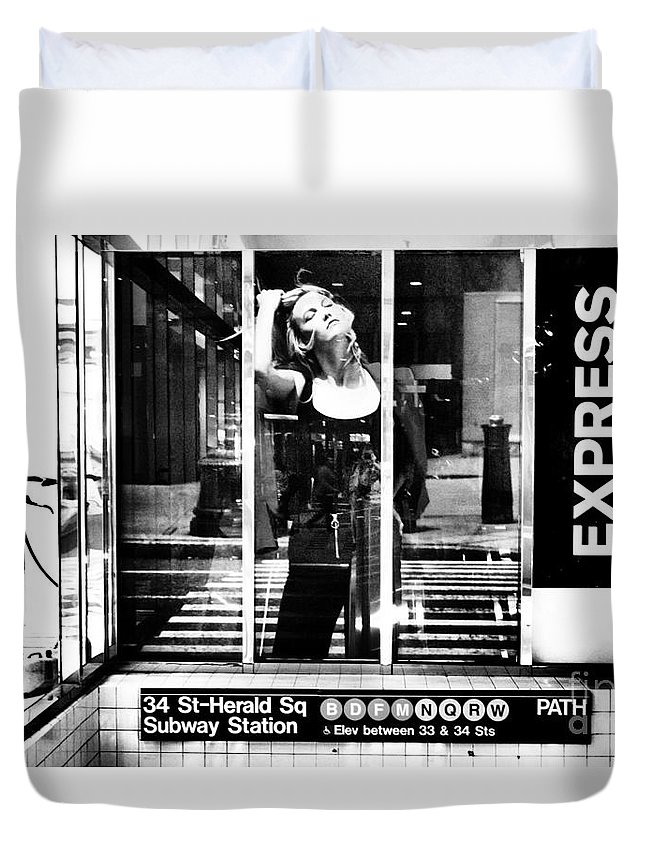 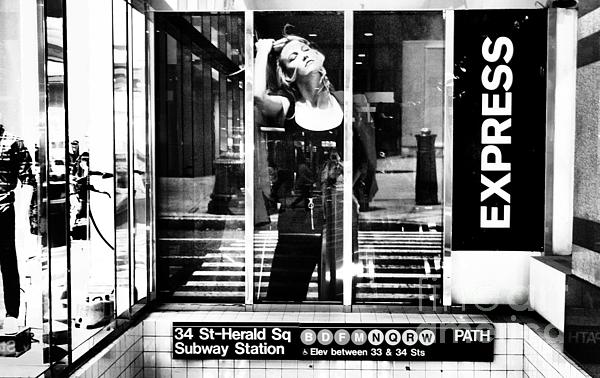 Queen duvet cover (88" x 88") featuring the image "I'll Take the Uptown Express..." by Steve Ember. Our soft microfiber duvet covers are hand sewn and include a hidden zipper for easy washing and assembly. Your selected image is printed on the top surface with a soft white surface underneath. All duvet covers are machine washable with cold water and a mild detergent.

...A New York Subway Impression...Sensory overload atop the Subway stairs. Proof one should always look both ways when exiting the Subway (especially... more

...A New York Subway Impression...Sensory overload atop the Subway stairs. Proof one should always look both ways when exiting the Subway (especially if you're a photographer)©Steve Ember