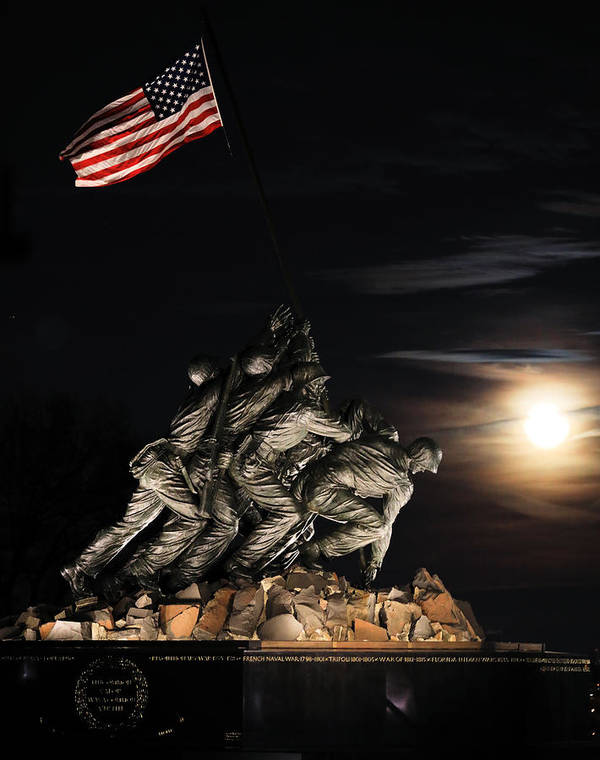 Marine Corps Iwo Jima Memorial at Moonrise poster by Steve Ember.   Our posters are produced on acid-free papers using archival inks to guarantee that they last a lifetime without fading or loss of color. All posters include a 1" white border around the image to allow for future framing and matting, if desired.

The Iwo Jima Marine Corps Memorial sits on a gentle grassy hill in Arlington, Virginia,
adjacent to the Arlington National Cemetery, across the... more

The Iwo Jima Marine Corps Memorial sits on a gentle grassy hill in Arlington, Virginia,adjacent to the Arlington National Cemetery, across the Potomac from Washington, D.C.The statue, by Austrian-born American sculptor Felix de Weldon, depicts five Marines and a U.S. Navy sailor raising an American flag on Mount Suribachi, Iwo Jima, after a bloody battle with Japanese forces in World War Two. It was actually inspired by a famous war-time photograph by Joe Rosenthal. This nightscape was shot on a winter evening with the appearance of a full moon.