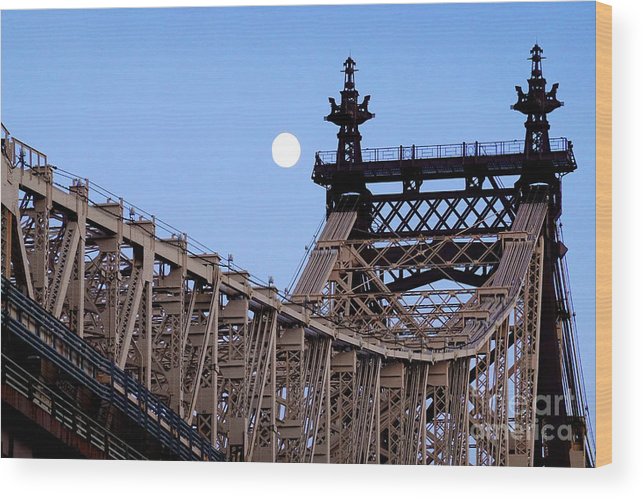 Moonrise over Queensboro Bridge wood print by Steve Ember.   Bring your artwork to life with the texture and added depth of a wood print. Your image gets printed directly onto a sheet of 3/4" thick maple wood. There are D-clips on the back of the print for mounting it to your wall using mounting hooks and nails (included).

A November moon rises over the towers of the Ed Koch Queensboro Bridge.... more

A November moon rises over the towers of the Ed Koch Queensboro Bridge. The bridge connects 59th Street on the East Side of Manhattan with Long Island City, Queens, via Roosevelt Island in the East River. ©2019 Steve Ember