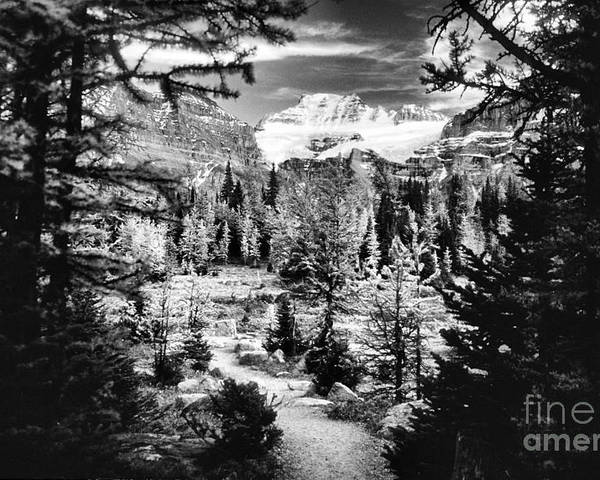 Mount Fay from Larch Valley Trail poster by Steve Ember.   Our posters are produced on acid-free papers using archival inks to guarantee that they last a lifetime without fading or loss of color. All posters include a 1" white border around the image to allow for future framing and matting, if desired.

This view of Mount Fay, at 10, 610 feet/3,234 meters, one of the magnificent peaks surrounding Moraine Lake in the Canadian Rockies, is from the... more

This view of Mount Fay, at 10, 610 feet/3,234 meters, one of the magnificent peaks surrounding Moraine Lake in the Canadian Rockies, is from the trail that leads from lakeside up to Larch Valley. It was taken on an autumn afternoon visit, timed to coincide with the changing colors of the Lyall's Larches from green to golden. From a film image. ©2019 Steve Ember