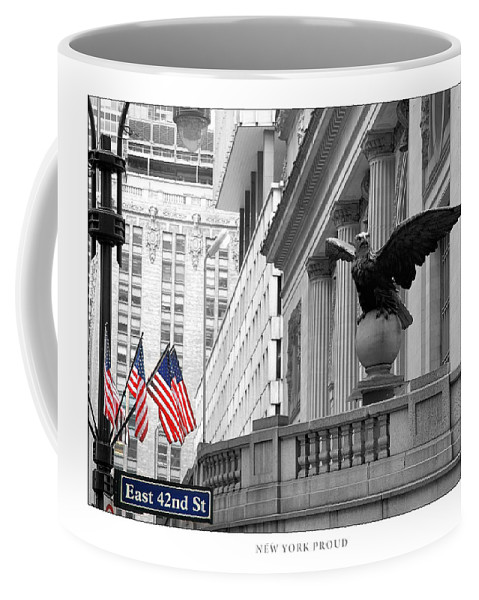 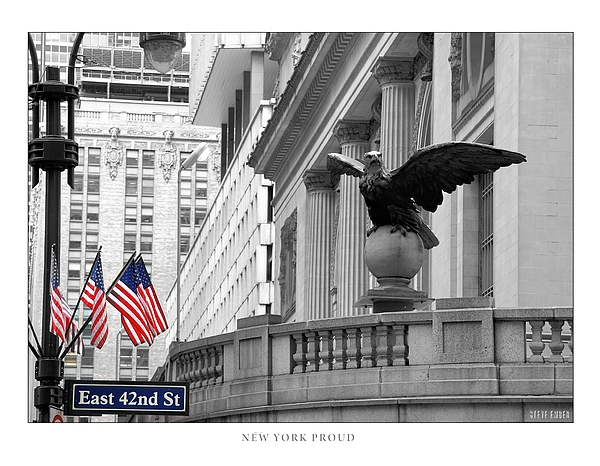 Two proud symbols...by a proud NYC landmark...One of the two 4,000-pound cast iron eagles that adorn New York City's magnificent Grand Central Terminal. Perched above East 42nd Street, along one side of the Park Avenue viaduct that flanks GCT, its wingspan is thirteen feet.The image is also available in version without the border and title.© Steve Ember