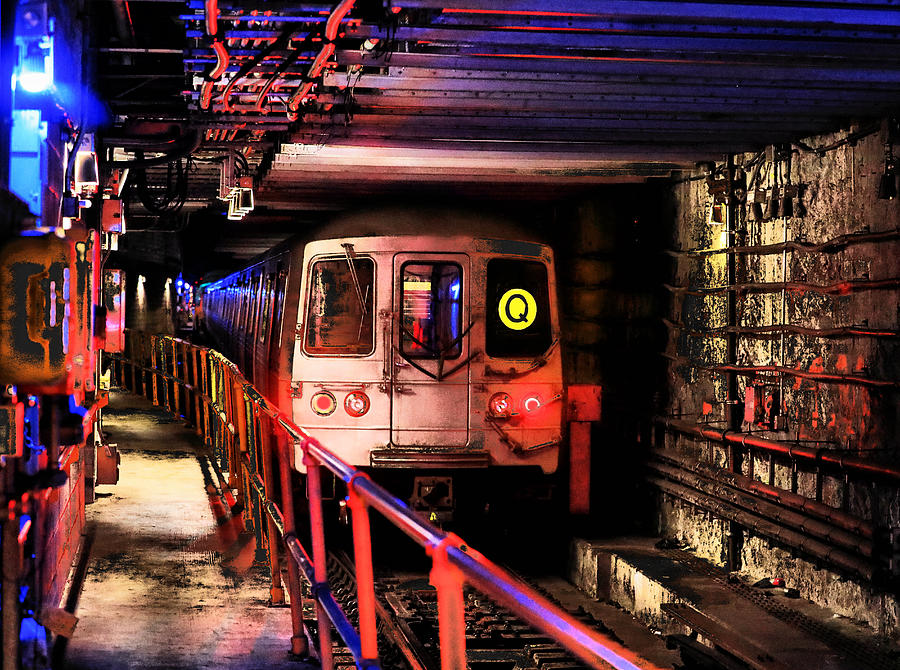 From a new series of "Subway-Scapes," these featuring the Q Train at various points along its route, both underground and above....
A New York City Subway Q Train of R46-type railcars enters tunnel after departing 96th Street Station, to begin its long journey from Manhattan's Upper East Side to Coney Island, Brooklyn.
Its route downtown will take it along the Second Avenue Subway, before jogging west and then running diagonally through midtown on the BMT Broadway Line, crossing the East River on the Manhattan Bridge and covering a large swath of Brooklyn, on its way to Coney Island Stillwell Avenue Station.
©2022 Steve Ember