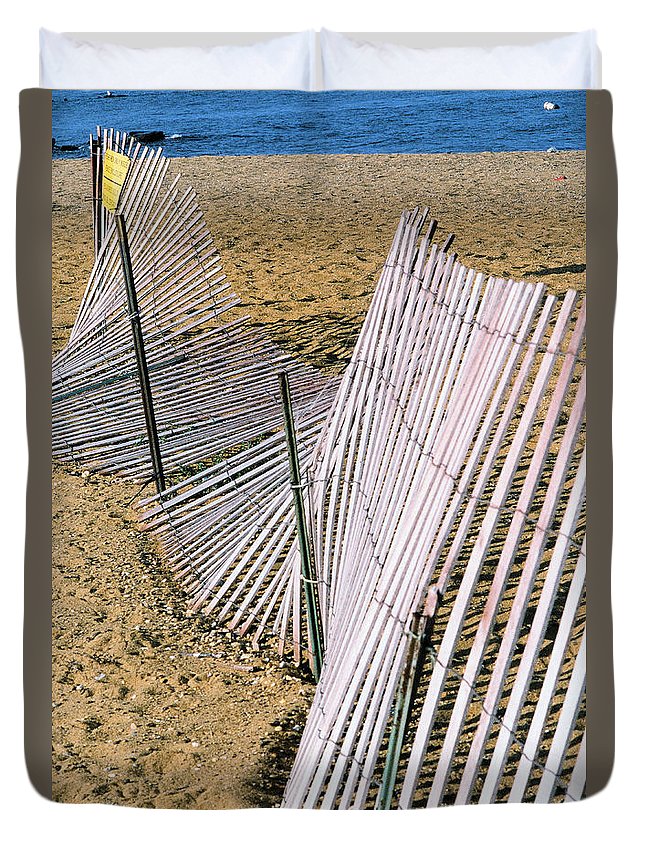 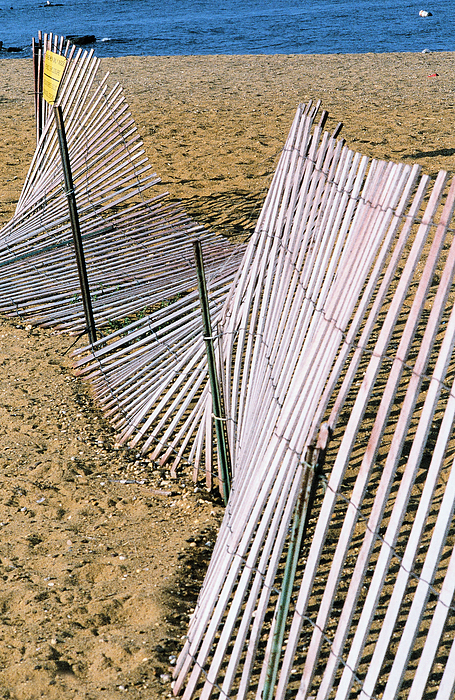 Queen duvet cover (88" x 88") featuring the image "Sandy Point" by Steve Ember. Our soft microfiber duvet covers are hand sewn and include a hidden zipper for easy washing and assembly. Your selected image is printed on the top surface with a soft white surface underneath. All duvet covers are machine washable with cold water and a mild detergent.

Fences and beach along Chesapeake Bay at Sandy Point, Annapolis, Maryland. From a Fujichrome transparency.