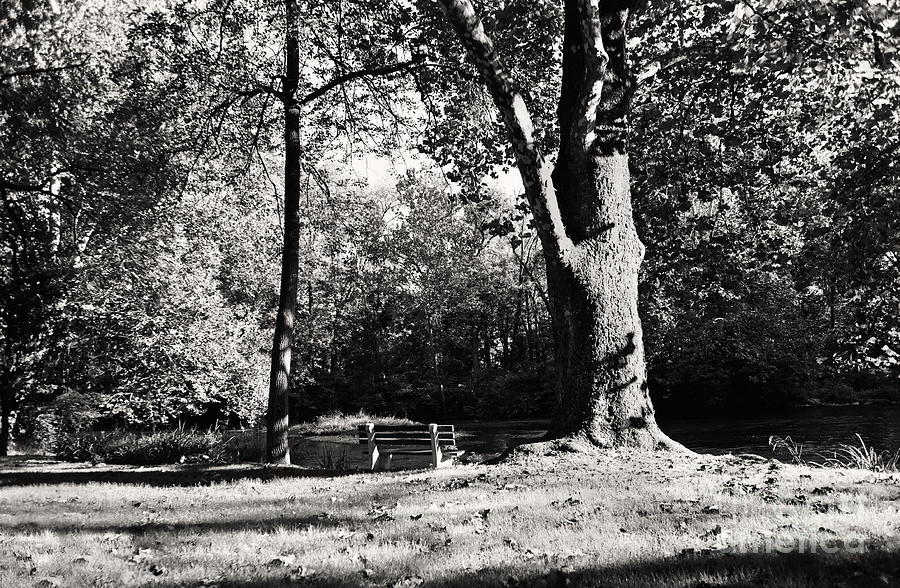 Summer Afternoon on the Yellow Breeches

This original photograph is currently for sale.   At the present time, originals are not offered for sale through the Steve Ember - Website secure checkout system.   Please contact the artist directly to inquire about purchasing this original.

Summer Afternoon on the Yellow Breeches

While the dappled late afternoon sunshine on this late summer day along the Yellow Breeches Creek suggested many a colorful motif, there was something about the serenity of this setting that beckoned the camera with the black and white film.

If you’re wondering about the name, this tributary of the Susquehanna River in south-central Pennsylvania is fed from a limestone source and can, in times of heavy rainfall, become off-color. During the Revolutionary War, the British troops found this out, first-hand. Story has it that when the Redcoats washed their white breeches in these waters, the garments came out distinctly yellow!

The creek, seen here on the grounds of the Allenberry Resort in Boiling Springs, Pennsylvania, is a favorite spot for fly fishing.

The scene was photographed on the very fine-grained Agfa APX-25 film.