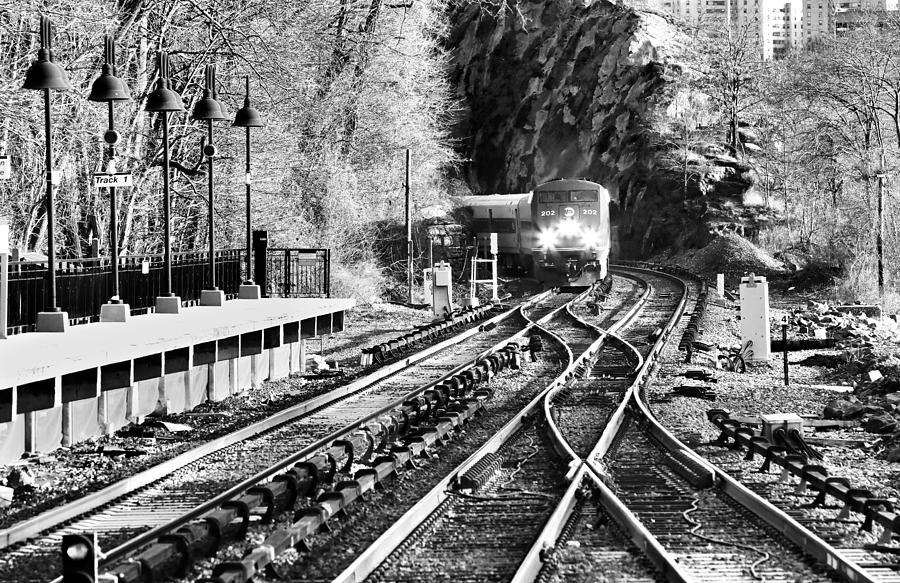 It's late afternoon on a December day as a northbound Metro-North Hudson Line train snakes its way through a massive rock cut as it approaches Spuyten Duyvil station in the Bronx.

The third rail infrastructure is mainly for the M7 multiple unit trains that operate from Grand Central Terminal to Croton-Harmon. However, the dual-mode GE P32AC-DM diesel-electric locomotive on this train, which is going beyond Croton-Harmon, also uses third rail power to depart GCT and pull these longer-distance trains through the long Park Avenue tunnel, emerging at 97th Street in Manhattan.